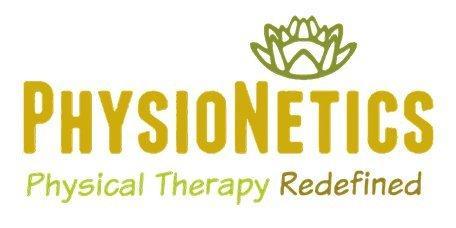 Of the more than 37 million Americans suffering from migraine headaches, nearly 5 million have at least 1 episode a month. Fully 91% of those experiencing migraine pain can’t function normally or go to work. A disproportionate level of migraine patients are women. While causes behind migraines aren’t fully understood, Dr. Varveris and the team at PhysioNetics in Naples, Florida, have several treatment options that can relieve or reduce migraine symptoms.

What are the most common migraine symptoms?

Often mistaken for sinus issues or other headaches, migraines are sometimes hard to diagnose, and may be seen as symptoms of other conditions. The most common symptoms, ranked in order of frequency are:

Who is most likely to experience migraines?

Prior to adolescence, migraines seem to favor boys, but once into the teen years, when migraines most frequently begin, it becomes a female issue. Women are 3 times more likely to have migraines than men, and it’s most common in those between the ages of 35-55.
The severity of episodes tends to decrease with age and, once into the 50s, few people start to suffer from migraines. There appears to be a genetic connection of these headaches running in families.

Many pain relief techniques used at the PhysioNetics clinic prove effective for migraine sufferers. Manual physiotherapy manipulations, myofascial release techniques, and soft tissue mobilization usually make up the first course of treatment. Soft tissue oscillation and electrotherapy using the Dolphin NeuroStim provide more aggressive treatment while remaining non-invasive. The Zimmer Class IV cold light laser also offers relief for those with migraines.
Though it’s often difficult to function while in the middle of a migraine episode, treatment at the PhysioNetics clinic by Dr. Varveris and her team may reduce pain and shorten the length of a migraine episode. Call or make an appointment online at PhysioNetics during the earliest sign of migraine onset. Dr. Varveris and her state of the art team are here to help treat or reduce your migraine symptoms.

Although PhysioNetics Physical Therapy is an in-network provider with some health insurance companies, we are out of network with many others. Many insurance companies require providers to accept 30-40% less than the Physician Fee Schedule rates for their services if they become in network providers. Other physical therapy clinics decide to accept these reduced payments and see more patients with less one-on-one treatment time to make up for the decrease in income. We at PhysioNetics do not consider these viable options. Each of our patients is scheduled for an exclusive appointment time with a licensed physical therapist during which time they receive one-on-one physical therapy care tailored exclusively for them. Unlike other clinics, we utilize the latest technologies in rehabilitation services to facilitate faster recovery, which in the long run will cost you less out of pocket expenses. Since we will not compromise on our level of care, we are unable to accept most insurance contracts. Often times our cash fee is less than your in-patient co-pay requirements. We will be happy to provide you with the proper forms and paperwork for you to submit your claims if you wish to do so. Typically, for patients with high deductibles and copays, it is more cost-effective to pay our cash-pay rates. PhysioNetics sets itself apart from other clinics on the basis of quality of care and we are confident that after your first visit you will realize that you made the right decision to choose us over perhaps an in-network provider. We are sure you will not be disappointed! What is your health, wellness and quality of life worth?